A WORK OF ART

HE HAS BEEN CALLED ENGLAND’S MOST ECCENTRIC DRESSER, BUT FABRIC SCULPTOR, FASHION DESIGNER AND CAMPAIGNER DANIEL LISMORE IS MUCH MORE THAN THAT. HE TALKS TO PRIDE LIFE ABOUT CLIMATE CHANGE, CLUB CULTURE, TRANS RIGHTS AND MAKING YOUR LIFE INTO A WORK OF ART

The 2021 census, which took place back in March, was the first one ever to ask questions about sexual orientation and gender identity. We will have to patiently wait until March 2022 for the results, but they are very likely to reveal that there are a lot more LGBTQ+ people in the UK than previously thought.

The statistics will probably mirror the results of a Gallup poll recently released in the US. It revealed that more Americans than ever now identify as lesbian, gay, bisexual, transgender or queer. The number who self-identify this way has increased by a staggering 60% between 2012 and 2020, according to Gallup, with an estimated 18 million Americans now identifying as LGBTQ+.

According to researchers, these findings are partly driven by an emerging generation of young people, who are choosing to live openly with an identity other than cisgender or heterosexual. Looking at the statistics, about one in six, or 15.9%, of Generation Z respondents (those aged 18 to 23), identified as LGBTQ+, with the identification gradually declining with each generation. Just 2% or less of Americans born before 1965 identified as being LGBTQ+. Out of interest, 54% of respondents identified as bisexual, 24.5% as gay, 11.7% as lesbian, and 11.3% as transgender. A further 3% said they used another term to describe their identity, such as queer or pansexual.

Although it can still obviously be a difficult journey for some, many Generation Z and Millennials (those born between 1981 and 1996) don’t see “coming out” as being a big deal. This is also increasingly the case with younger people in the public eye. There is now a whole generation of celebrities and influencers who have come out and now do a lot of amazing work for LGBTQ+ acceptance.

Popstar, actor and gay rights activist, Olly Alexander is a perfect example of a new generation of celebrities who use their influence to advocate for LGBTQ+ rights. At the 2016 Glastonbury Festival he took to the stage with his band Years & Years in a rainbow ensemble in celebration of Pride Week and made headlines for his spur of the moment speech reacting to the appalling Orlando nightclub shootings. During the band’s 2019 appearance, he gave another speech promoting LGBTQ+ rights and calling for the end of racism, ableism and sexism.

Olly Alexander has also taken part in several interviews and charity campaigns promoting safer sex, HIV screenings and anti-LGBTQ+ bullying initiatives. He was bullied at school himself and has spoken openly about his own struggles with depression, self-harm and eating disorders. In 2017 he fronted a documentary where he investigated the link between being gay and the development of mental health disorders.

At the start of this year, Olly also starred in the remarkable Channel 4 drama, It’s a Sin. Written by Russell T Davies and depicting a group of friends growing up in the shadow of AIDS in the 1980s and early 1990s, the show and Alexander’s performance won critical acclaim. It became Channel 4’s most watched drama series in its history and led to an increase in people getting tested for HIV/AIDS and raised awareness about preventative medication (PrEP) and the effective treatments now available for people living with the virus. Although just a rumour, it has also been suggested that Olly Alexander could be the next Doctor Who. Now, wouldn’t a Gaylord Time Lord just be amazing?

Another singer who has made a huge impact recently is Arlo Parks, whose 2019 EP Super Sad Generation saw her become the voice of Gen Z’ers everywhere, with lyrics that took in mental health, queer identity, friendships, first love and breakups. Naming both Sylvia Plath and Joni Mitchell amongst her influences, the openly bisexual signer doesn’t like to be seen as a spokesperson for a generation and sees herself more as a young person writing about the experiences of being an adolescent in what are, let’s face it, quite trying times.

Having been forced to cancel her first headlining European tour midway last year, Parks has since thrived during lockdown, releasing two singles, followed by her critically acclaimed debut album, Collapsed in Sunbeams. Not bad for someone who says they spent most of their time in secondary school “feeling like that black kid who couldn’t dance for shit, listening to too much emo music and crushing on some girl in her Spanish class.”

Across the pond, Lil Nas X is still riding high on the success of Montero (Call me by Your Name) which has been a number one hit across the globe. The accompanying video, which first premiered as a Super Bowl LV commercial, sees the artist play both Adam and God in anunabashedly queer interpretation of Michelangelo’s, The Creation of Adam.

On the day of the single’s release, Lil Nas X shared an open letter with his 14-year-old self on social media, reflecting on his choice to come out at an early age (he came out when his country rap hit Old Town Road was number one) and his nervousness about the themes of the song and video. However, he muses, it “will open doors for many other queer people to simply exist.” While other artists like Frank Ocean and Troye Sivan are equally as bold about their sexuality in life and their music, Lil Nas X is now one of the most successful stars on the planet. And what is remarkable is that he has unabashedly stood astride two of the most traditionally homophobic genres in music – hip hop and country music, whilst still being authentic to himself.

Whilst the music industry currently has a healthy number of LGBTQ+ performers, Hollywood still remains remarkably closeted. Thank goodness for actors like Elliot Page, who has “come out” twice in his career - he came out as gay in 2014 and then disclosed that he is transgender in a heartfelt letter posted on Instagram in December of last year. At a time when gender identity issues have become increasingly politicised thanks to the unwelcome involvement of everyone from Donald Trump to J.K. Rowling, the announcement by the Juno and The Umbrella Academy star couldn’t have come at a better time. The statement made him the most famous out trans person in the world, trending on Twitter in 20 countries and gaining more than 400,000 on that day alone. Fortunately he is also an excellent role model for the trans community, who says he was inspired by trans trailblazers like Janet Mock and Laverne Cox, both of whom found success in Hollywood while living authentically. He also received several letters from Hollywood producers thanking him and offering him roles in their films. It’s not just in the more traditional spheres of entertainment where young LGBTQ+ people seem to be thriving: it’s in the digital world as well. Recently fans of trans TikTok star Bella Misandria Wardle Fitzpatrick, who goes by the name of Nosebleedfitz, raised enough money to fund her entire transition, including hormones and any surgeries she chooses to have. The 19-year-old came out as trans earlier this year and has been sharing her journey with her 546,000 followers on the platform since then. She told the Daily Star that there was “never a question” about whether her gender identity wouldn’t be supported by her fans or her family.” The support of her followers has allowed her to begin her transition process, bypassing NHS waiting lists, which are currently estimated to be between three and six years. It also shows that there is now a two-way relationship between celebrities and fans, thanks to the dynamics of the digital world Another social media star who is using his platform to forward LGBTQ+ rights is Irish- Iraqi writer, YouTuber and broadcaster Riyadh Khalaf. He is probably best known for fronting the ground-breaking BBC docuseries Queer Britain, or for winning Celebrity MasterChef in 2020. However for many younger people he is known for his comedy and LGBTQ+ YouTube videos, where he became a “gay big brother” to millions, who were looking for inspiration and help with their identities. His channel has 381,000 subscribers, while his videos have been streamed more than 50 million times. In his debut book, Yay! You’re Gay! Now What?: A Gay Boy’s Guide to Life, he shares honest and frank advice for young queer guys.The book deals with topics like coming out, handling bullies and homophobia, labels, sex education and finding your tribe. It’s the sort of book many of us wish had existed when we were younger. 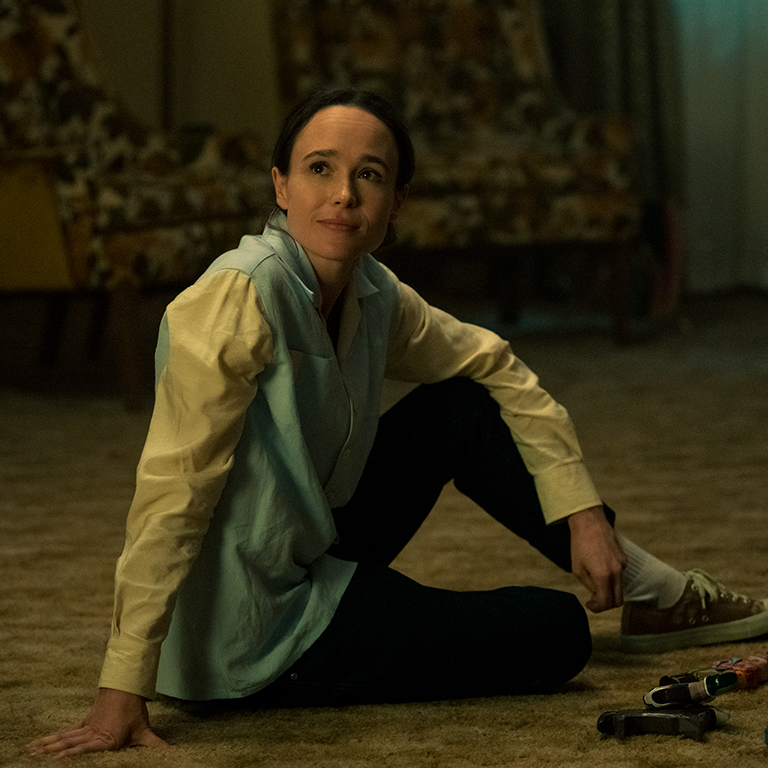 “Elliot Page, who came out twice in his career - he came out as gay in 2014 and then disclosed that he is transgender in a heartfelt letter”

There is also a younger generation of queer politicians who are changing the dynamics of the House of Commons. There are currently 56 out lesbian, gay or bisexual MPs, although sadly Britain is still without its first transgendered MP. Interestingly, the average age of an MP is 52, but the average age of a queer MP is 45. Out of the 650 MPs, 9% identify as LGBTQ+, but this number goes up to 21% of the MPs aged under 40. When it comes to the MPs who were in their 20s when they were elected in the 2019 general election, the percentage is one-third. Mirroring the Gallop poll we mentioned at the start of this piece, only 5% of the MPs over 50 identify as queer. Labour MP Nadia Whittome (Nottingham East) came out in December 2019 at the age of 23, alongside Charlotte Nichols (Warrington North) and Olivia Blake (Sheffield Hallam) who were both under 30. She became known somewhat patronisingly as the “Baby of the House” although she certainly isn’t afraid of using the tools of Gen Z’ers, like TikTok, to boost engagement amongst younger people. Whittome, who identifies as queer, has also ruffled the feathers of Piers Morgan when she wrote an opinion piece about the Gender Recognition Act (GRA) after Stonewall reported that 41% of trans people had experienced hate crime in the past year. In particular she attacked unsubstantiated claims that that the GRA would create a loophole for violent men to pose as women, despite statistics showing otherwise. Whittome says this argument harks back to a time when “in the past there were debates on allowing openly gay and bisexual people in the military”, which she says are now very much seen as homophobic and unfounded. What all of these public figures have in common is that they represent a growing number of young people who feel both comfortable with and empowered by expressing their identities. They also represent a new Britain who can eloquently advocate for LGBTQ+ acceptance using social media to share their principles, challenge bigotry and fight for equality. It’s certainly refreshing to see a generation who can be completely open about who they are, without bowing to the pressure of behaving in a certain way, because society tells them to do so. Perhaps this is the ‘new normal’ that everyone is always going on about. 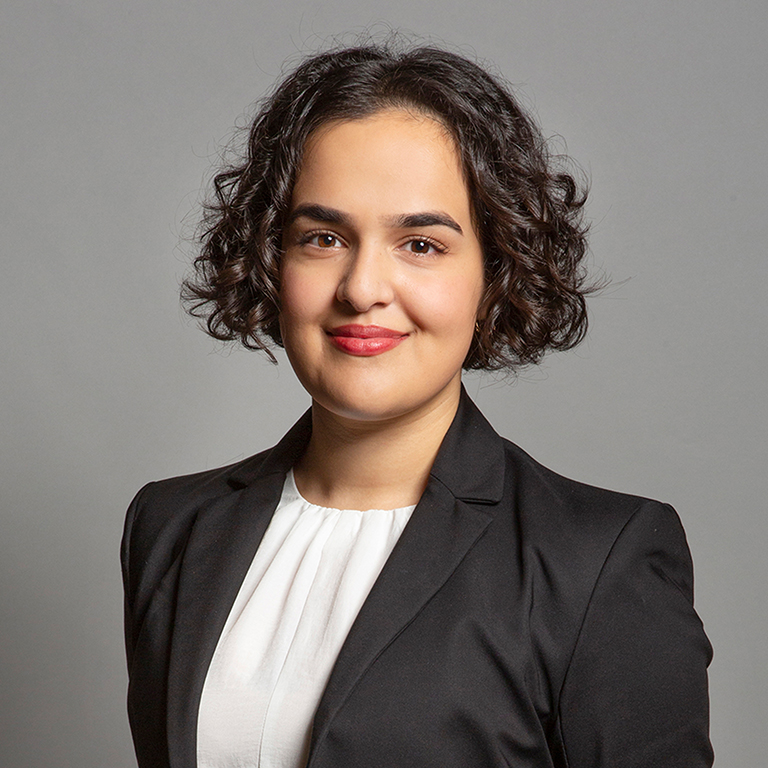 A PERFECT DAY
IN DENMARK